The Virginian and her sister ship Victorian were the first oceangoing merchant ships to employ steam turbines.
After having been acquired by SAL, the Virginian was renamed Drottningholm and was refitted with geared turbines in 1922.
Source: The Golden Age of Shipping, Brassey's (UK) Ltd. 1994

The Drottningholm served SAL until 1948 when she was sold and first renamed Brazil, later Homeland.
When the ship was dismantled in 1955, she was the oldest transatlantic passenger liner in service.
During her Swedish American Line years she had carried 222,925 passengers.

Ken Sandholm has contributed this photo of
a rare luggage label from his mother's January 1948
passage from Göteborg to New York on the Drottningholm. 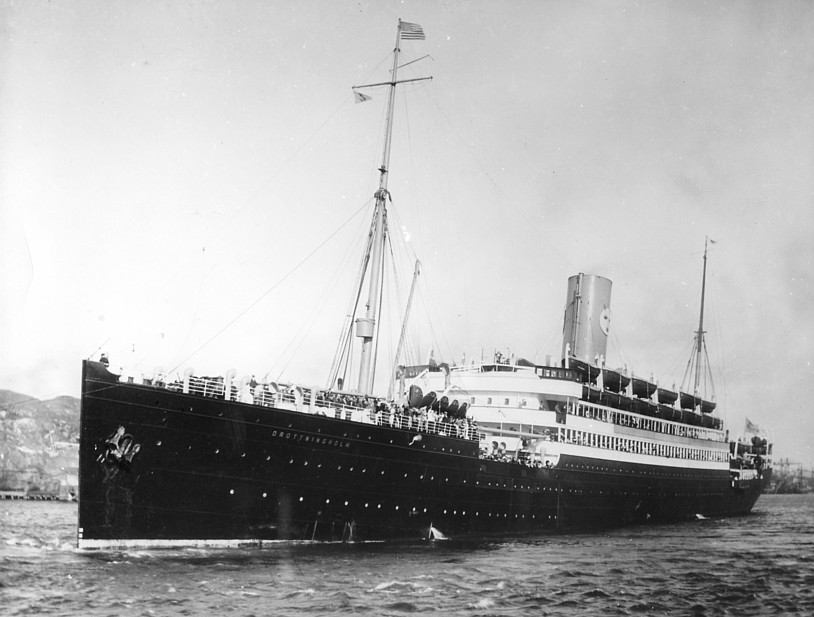 The photos beolw have been contributed by Sean Fisher of Melrose, MA.
Sean Fisher's great grandfather, Joseph C. Langer, sailed from New York on July 27, 1946, to visit
his father in Aalborg, Denmark. The three photos below show the Drottningholm departing. 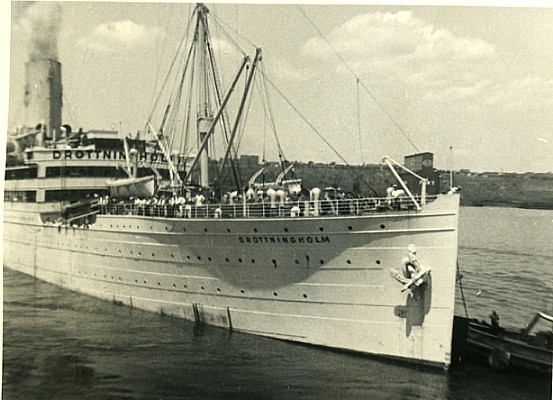 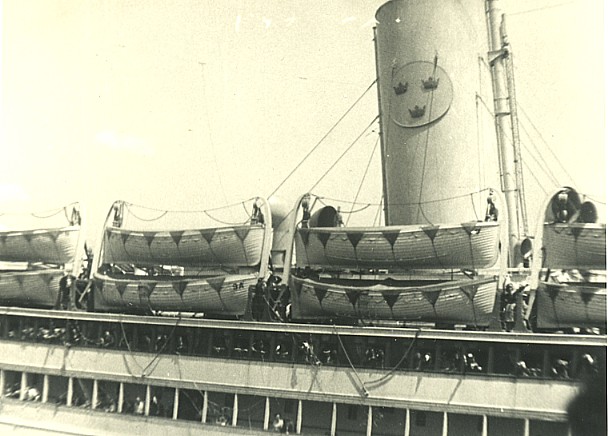 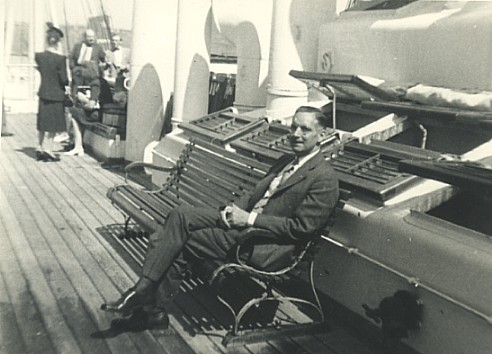 
Many thanks to Chief Steward C-G Quant's son Göran Quant for the photos below. 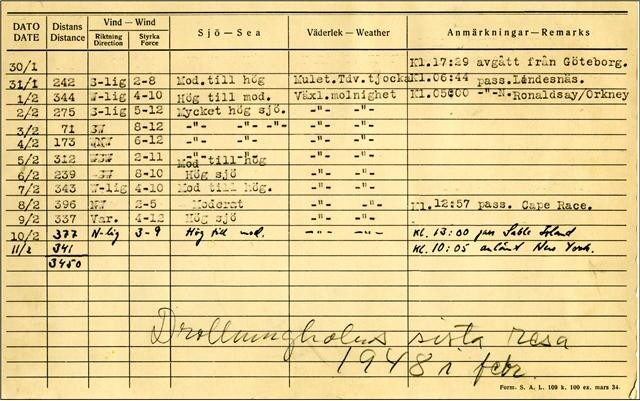 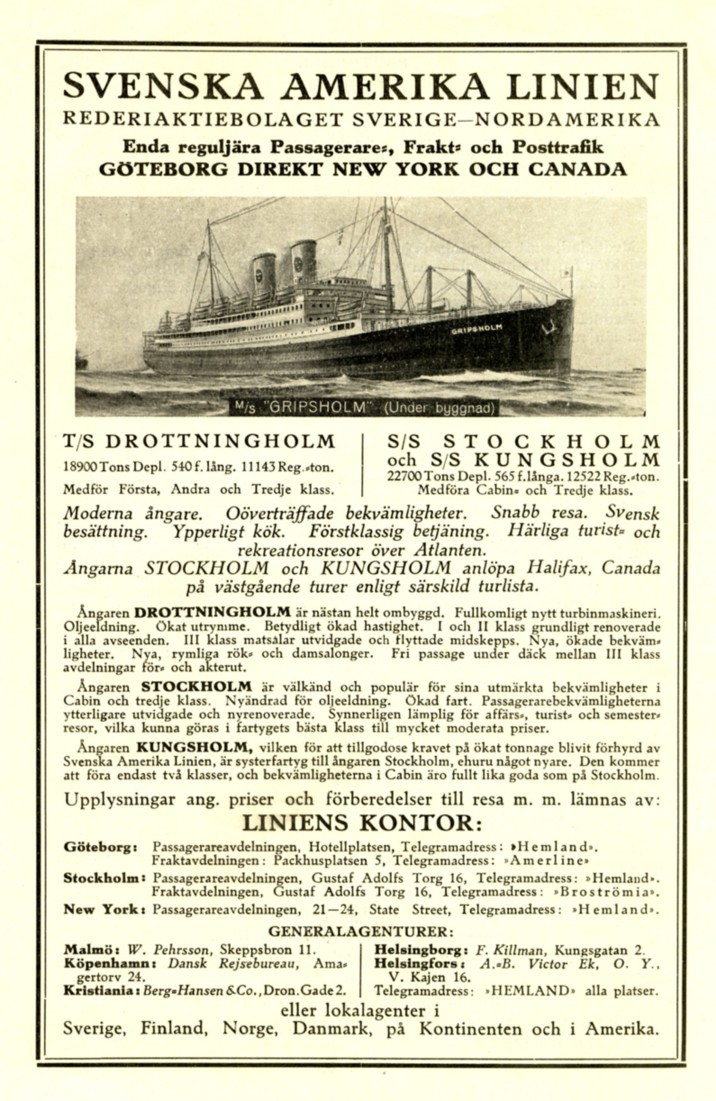