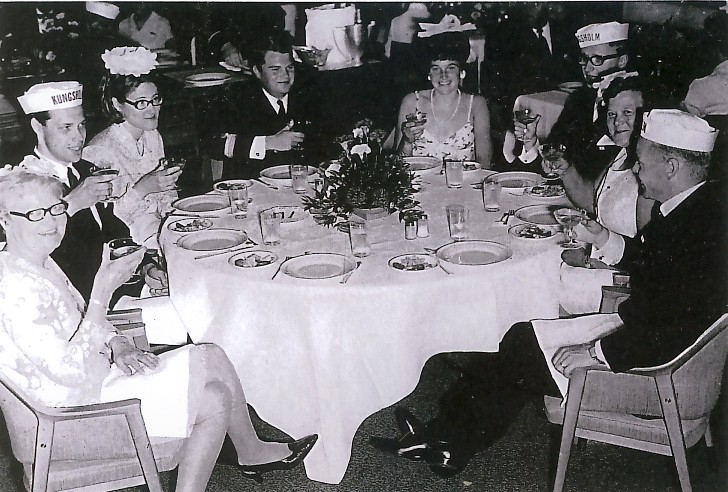 Farewell Dinner on the North Atlantic on the Kungsholm in the 1970's.
Lars-Erik Jansson is proposing a toast.

Lars-Erik Jansson Jansson served on board the Kungsholm on the North Cape Cruise
in 1969. On July 20, 2009, exactly 40 years after the Kungsholm visited Bornholm,
he made a nostalgic trip back to the island in the southern Baltic Sea.

Jansson visited the Kungsholm's shipping agent from 1969, Plum. Moller & Skovgaard A/S
& Ejv. Hansens Eftf. A/S, the Bornholms Tidene newspaper, as well as the Ronne Library,
where he looked up a newspaper clipping from 1969. 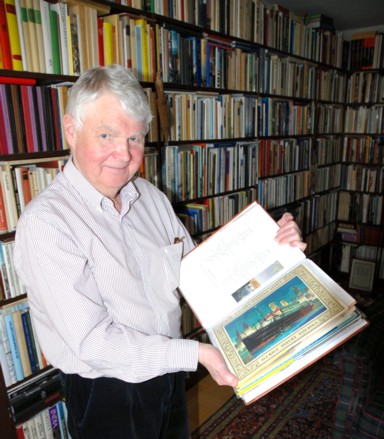 Lars-Erik Jansson is the owner of an impressive
collection of SAL documents. Photo from 2013.
.